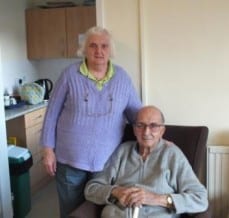 According to the 2011 Census for England & Wales, 9.7 million or 18% of the population have a health condition or disability that limits their day to day activities. In a recent study by The Papworth Trust, it was discovered that 1 in 4 disabled or older people stated that they could not get around their home safely.

These major demographic changes are putting a massive and ever growing strain on our health and social care resources.

Falls and fractures in the 65+ age group (including 70,000 hip fractures) account for over 4 million hospital bed days each year in England and the healthcare costs associated with these accidents are estimated at £2billion a year. Falls often lead to reduced functional ability and thus increased dependency on families, carers and services, which would lead to a greater strain on the system.

It stands to reason that the more 65+ year olds in the region, the more people we will have suffering from falls and accidents of this nature, meaning more and more hospital admissions and an increased dependency on carers and care services.

With the way our demographic is changing, our health and social care system could be in serious danger in as little as 20 years. It’s therefore important for us to act now, make changes and introduce plans to be able to cope with this ageing population.

This will allow us all to grow older with dignity and independence without having to rely so much on the system which is already feeling the strain.

To read more on the demographic time-bomb and find out about the DFG Crisis you can read our white paper, head over to www.akw-ltd.co.uk/HWB or you can click the button below to download it now.