The Cost Of Care

Home > Blog > The Cost Of Care 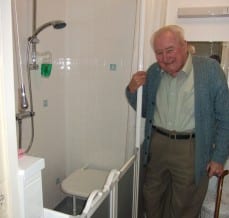 More and more examples are being presented, which underline the poor state of the care funding system in the UK, which is not doing enough to help those in need.

The cost of care in a care home is on average £28,600 and the typical length of stay is 2-4 years. This means that up to £100,000 may need to be be found to fund the average stay in a care home. The NHS will pay for the bill but only if the resident meets a certain criteria, which varies greatly depending on where you live in the country and the personal circumstances of the person requiring care.

If a person is not deemed in a position where the NHS is willing to pay for their care and they have over £23,250 in assets (including property) then there are 2 choices; they or their family can fund their residency in a care home with savings or by selling assets, or they can remain at home and rely on the care of their family and friends who will receive a small carers allowance.

One example published in The Sunday Times told the story of an elderly woman who had sold her property and used up almost all of her £35,000 savings on care and she was still unaware if she was being granted continuous care support, which had been applied for 18 months earlier. Over this period, the resident predicted that around £200,000 had been spent on funding her care and time and her money was running out.

Another example is Gill, who appeared on ITV’s ‘Tonight’ programme in 2014, titled ‘Looking After Mum and Dad’. She has had to give up work to care for her 98 year old mother who has dementia and her 93 year old dad, both of whom she jointly owns their home with. This means that she is stuck with the conundrum of selling their home or working with the £60 a week carers allowance she gets from the government, taking into consideration the £48 per week that her mum’s care costs, for three hours off.

In the next two years, The Care Bill is due to become law and is designed to stop families from receiving crippling care costs. The aim is to cap the limit of care paid for by the individual (in England) at £72,000 and will offer help to those with assets valued at less than £118,000. A big improvement, but is it really enough? One thing is for sure, this change can’t come soon enough for people like Gill.

One additional action for the government to consider along with The Care Bill would be to increase DFG (Disabled Facilities Grant) funding, so that more people can benefit from home adaptations, reducing the amount of people or delaying their admission in to residential care. For more on this subject, read our White Paper.

Why not take a look at the BBC’s Care Calculator to help you understand more about the way care works, what you need to think about and how much people in different situations may have to pay.